Born in Milan, in 1936, and a traveller by vocation, Nanda Vigo puts light at the core of her design aptitude. Light as a fluid element, which is dynamic and constructive, cognitive and aesthetic; the load-bearing structure of the philosophy behind her work, it is an ambivalent material that the artist/architect/designer of international formation frequently uses. Uncompromising and perfectionist, she is said to have a bad temper; but, for men, all independent women with a strong personality are such.

In the late fifties and early seventies, Vigo was a protagonist in the process of renewal of Italian art. In 1959, following her degree at the Institut Polytechnique of Lausanne and an internship in San Francisco, she opens her atelier in Milan. From this moment on, she becomes friend and collaborates with several avant-garde artists and architects of those years. Attracted by Zero – the art group founded in Düsseldorf in 1957 by Otto Piene, Heinz Mack and Günther Uecker, and later joined by Yves Klein, Lucio Fontana, Enrico Castellani, and Piero Manzoni –, Nanda Vigo shares with her colleagues a search for new expressive codes and the resetting of traditional artistic language. She joins the circle of Azimuth, the art magazine and gallery (Azimut) founded by Piero Manzoni and Enrico Castellani, and begins her design activity. Her Zero House (1959/1962) is the first completely white habitable environment in which works by Castellani and Fontana were integrated. She participates in numerous exhibitions as part of the Zero Group, in Italy and abroad (1964-1966).

The multifaceted artist conceives the Manifesto Cronotopico (1964), from the Greek chronos and topos: a crasis between the terms time and space, the poetic summa of an artist grown under the banner of interdisciplinarity, between art, design and architecture. She uses different materials – such as glass, aluminium and mirror surfaces –-, experimenting with perceptual phenomena and strictly geometric forms on the status of vision, starting from the laws of perception and the psychology of form. Her poetics is based on the natural and artificial luminous essence and on the absence of colour, on the relationship between obscurity and light, the primary source for all visibility, the vital substance for art and for those who enjoy it. Between 1965 and 1968, she also collaborated with Gio Ponti for the Casa sotto la foglia (House under the leaf) in Malo (VI): a place inhabited by light, in which the barriers between art and architecture are broken down. Nanda Vigo is entrusted with the curatorship of the legendary exhibition Zero Avangarde(1965), hosted in Lucio Fontana’s Milanese atelier – one of the most important protagonists of the international art scene of the 20th century, a friend and an accomplice in innovative shared projects.

Characterized by verticality, such as Osiris (1971), her lamps, many of which were created in collaboration with Arredoluce, left more than a trace in the history of design. Nowadays, her Golden Gate still amazes for its inventiveness: it is the first prototype for a LED lamp, about two meters high, with a cylinder base in which a metal stem and a curved tube are set. Back in the seventies, LEDs were only used by NASA, and they were then specifically purchased to make this very unique lamp.

Vigo simultaneously experiences design, installations, performances, environments and formal lighting solutions, in the name of a creative freedom that characterizes her from the very beginning. She gets involved in several experimental or design adventures, such as Utopie, the spatial environment designed for the XIII Triennale di Milano (1964) and rebuilt at the Pirelli HangarBicocca within the important exhibition “Lucio Fontana. Ambienti/Environments” in Milan. Inspired by some details taken from historical photographs, Nanda Vigo developed for this very occasion an ad hocproject and selected the materials. She is one of the few women designers who have been awarded the New York Award for Industrial Design (1971), for the development of the Golden Gate lamp. In the same year, she realized the House Museum Remo Brindisi in Lido di Spina (FE), among her most spectacular projects.

Curated by Andrea Dall’Asta SJ and Marco Meneguzzo, in collaboration with Archivio Nanda Vigo, the Milanese exhibition “Sky Tracks Nanda Vigo”, at the Galleria San Fedele, has collected a series of past and present works that recount personal and working relationships, in particular the friendships she nurtured in the post-war period, in the midst of the artistic revolution of that time.

The artist is a quite unique case: internationally educated, she has always favoured relationships and exchanges with the most innovative protagonists of her time A curious experimenter of industrial materials such as glass, aluminium and lighting fixtures with kinetic artists, she has been the partner of Piero Manzoni – one of the endorser of the Manifesto contro lo stile (Against Style Manifesto), who made his debut within the Nuclear Movement with the exhibition “Pittura Nucleare” at the San Fedele Gallery in Milan. Like Manzoni and other artists, in the 1960s Nanda Vigo turned toward Europe, first of all by contacting the Zero Group. True to her indomitable creative inspiration, to her desire to clear all previous experiences, to renew herself in order to follow an original creative attitude, she finds in Northern Europe the fertile ground where to develop in a pioneering way countless projects, installations and “architectures” of light. And we should all keep in mind that, as a woman, in those years, being an artist, as well as a designer, was a courageous choice.

In 1982, she took part in the 40th Venice Biennale of Visual Arts, and since then she has curated several exhibitions and created works such as Light Trees (1984). In the new millennium, she continues to surprise with her inventiveness: her motto, “Lights Forever”, takes shape in the Deep Space series, artworks made with crystal, mirror, neon and steel, and in installations such as the one created for the Alcantara project at the MAXXI museum in Rome in conjunction with the exhibition “Arch/arcology”, curated by Domitilla Dardi: a full immersion in her ability to overturn space with phantasmagorical scenarios.

This article was originally published on LUCE n°324, 2018 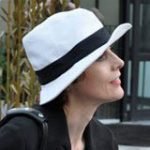 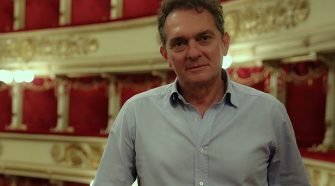