Since the beginning of the 2000s, concerts and tours have become very important for the careers of singers and bands, because they represent their primary source of income. For this reason, companies are increasing their investments in the show’s production, in order to offer the audience more entertainment than just a list of songs performed live. Last June I attended one of the six dates of VascoNonStop Live 2019, the summer tour of the Italian rock star Vasco Rossi, at Stadio San Siro in Milan. The tour had great success, witnessed not only by the numbers – every date was sold out –, but also by the high level of quality of the show, both on the technical and the artistic side. To discover more about this massive production, I had an interview with Giovanni Pinna, a lighting designer that has been working with Vasco Rossi for years. We talked about what does working with one of the most important singers in Italy means and how his job has changed over time. He explained to me the differences between our country and the rest of the world and the importance of teamwork.

I would like to start from your background: when did you start working as a lighting designer? What are the main milestones of your career?
I started from scratch, working as a porter for some concerts in Milan. At that time, people fluent in English were highly wanted for speaking on stage with foreign artists: I am mother tongue, so it was easy for me to enter in the business, and in 1982 I worked for my first concert, Bruce Springsteen. Despite my school obligations, I kept working for three-four years, supporting the lighting crew, as I was focusing on that path. I was fascinated by lights, and those first experiences helped me to understand that that was the job I wanted to do in my life. I was in the right place at the right time, because I was working with Milano Music Service, a company that had the monopoly of the big names in the Italian music scene, thanks to their advanced organization. There I made my quality leap: we had some brand new motorized Superscan projectors, but no one was able to use them, so I started studying how to program them and I became the primary operator. I still was a technician, but I wanted to grow as a professional and, thanks to the confidence of Gianfranco Emanuele – known as Manolo –, in 1989 I made my first experience as lighting engineer for the tour of Raf, which he had designed; from the middle of the 90s, I definitely started my own career. My engineering background helped me a lot: lighting design is a creative job, but it is impossible to disregard technical expertise.

How do you work nowadays? Do you collaborate with a team or manage the projects on your own?
The creativity of my work is private, because creation is a strictly personal activity, difficult to entrust to others. There are people that collaborate regularly with me and that gave me much help during my career – including Marco Piva, Marco De Nardi and Jo Campana. They are high-end professionals with their own gigs, but when you have to follow many projects simultaneously, you must have some trustworthy people to lean on.
About the workflow, I have to say that there are many differences between Italy and abroad. We have to improve our approach and mentality: every department should collaborate with more synergy in order to reach a global vision of the result they want to get, starting from a shared concept. I always try to involve and to be involved in every decision, even the simplest, like choosing a carpet. Furthermore, outside Italy, clients take part both at the design and at the executive phase of a project. Things are changing in recent years because the quality level is increasing and there is a more professional approach compared to the 90s.

This is a key topic. How has your work evolved during the last twenty years? Let’s take three big Vasco Rossi’s concerts as reference: Heineken Jammin’ Festival in Imola (1998), Il mondo che vorrei summer tour (2008), and Modena Park (2017). How the lighting designer figure and the live events world have changed?
You mentioned three good examples. In 1998 there still was a very little link between the departments and the visual impact was entirely up on the lights. We had a big rig with a lot of pars and motorized spotlights; create a cue list was my priority and I faced every concert song by song. Every professional evolves through the years, it is important to be humble and ambitious because there is always room for improvement and you must keep yourself updated. I am one of the few lighting designers that programs their shows personally, because I like to take care of any detail and my technical background allows me to work fluently with the console: on this side too, being up to date with the latest products is the key. In 2008, Il mondo che vorrei tour represented a great example of team working on the stage design. Starting from the first drafts by Gio Forma, we developed the concept in a synergy between the technicians and Vasco Rossi’s management. It has been an innovative show for this reason too: as I said before, it is not usual in Italy to have the artist involved first-hand in the decision process. Vasco, instead, is a demanding person and give great attention to the details: he wants to stun the audience and invests many funds on new technologies. I could choose any professional for his tours, but he preferred to build a tight-knit team during the last twenty years, and be a part of it is an honour for me. Modena Park was not only the apex of Vasco Rossi’s career, but it also testified about the success of this team and his work philosophy. We started working on the concept one year before the show and the production made massive investments on the technology we were going to use on stage. To create something special you need time – this is another neglected concept in Italy –, and the success of Modena Park was possible because the organizers had very clear the timing of every step, in order to reach the result. As a lighting designer, compared to 2008, I had to manage many new features. It was very important for me to have clear ideas and prepare myself before the show: write the cue list, study the repertoire, watch and re-watch all the videos, prepare a playlist of automations… you have to plan everything in advance and make some fine-tuning during the rehearsals.

Now let’s talk about this year’s tour, VascoNonStop Live 2019. When I entered San Siro, stage impact was massive, but when the lights turned on and the led wall screens started moving I felt the greatness of the show.
In my opinion, this year’s concept was a great chance for us, because we started from the same project of 2018. It is rare in this job to have the opportunity to improve something you already did before; many people commented negatively this decision, but for me it was a winning choice. Okay, the design was the same and we had some identical elements from last year, but I had to make big changes of type and position of projectors. Nine tracks of Vasco’s playlist were unchanged, but when I loaded the 2018 cues on the console, I figured out that I was supposed to start over. The new stage was 36 meters wide, so I re-designed all the structures and we made a custom project for San Siro. We updated the management of the automation, using Movecat, a more advanced and faster system. We knew that we had to improve, and even if at first sight the stage looks similar to last year, once the show begins it is easy to feel the difference. There was great cooperation with the technicians too, to receive new inputs and give strength to everyone’s ideas: the impact was massive and the result was reached.

What are the innovations that gave more worth and new possibilities for your work?
About illumination, what I appreciated more is the optimization of light output and projectors’ weight: this makes a big difference, not only for the budget but also for the preparation of a show. Just think about the fact that until a few years ago, for Vasco Rossi’s tour, we were equipped with 1-megawatt generators, now we use 400-kilowatt ones. We make bigger shows with less energy consumption and fewer production costs. The main news comes from the video world, which has had a huge impact on our work since the early 2000s. I consider the screens as a lighting source with video properties and nowadays, with media servers, you can manage the contents straight from the light console and treat them like projectors. When possible, I like to keep control of them, always alongside the graphics and other professionals; this is not my job, but I think that the lighting designer is the best-suited person to coordinate the visual experience of a show. The automations introduced new design possibilities too, because they let you change stage appearance. It is not a new innovation, it has been used in theatre for hundreds of years, but it has great potential if combined with today’s technology. Again, it is important to know the system in-depth: when I use automations, I want to meet the people that will install and control them, to understand what are the possibilities and the limits for my work. Another interesting innovation is Blacktrax, an automatic 3D tracking system. Without any doubts, these technologies help us, but in my opinion I think that is essential to manage them with care and knowledge and, if necessary, with the support of the manufacturer. It is useless to be sucked by innovations if you do not have time to study and explore them. For me, is better to manage the lights in a simple way, without abusing of technology: it can help and distract at the same time, making the realization of a show more difficult.

This article was originally published on LUCE n°329, 2019 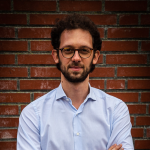 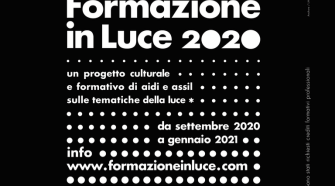