I met Massimiliano Baldieri, a lighting designer from Rome working internationally, and I asked him to tell me about his work and how the way of lighting has changed with the advent of LEDs.

The Baldieri family has dealt with light for over fifty years. How has your business evolved?
Although born as a commercial reality, the company has always dealt exclusively with lighting, assisting the designer in the choice of luminaires and lighting solutions, aimed at the supply. We were the first in Italy to equip ourselves with a photometric laboratory. It was the first goniophotometer sold in Europe to a non-manufacturing company – the second after the one installed at the Galileo Ferraris Institute in Turin – to measure lighting fixtures and enter data in one of the first design software. Gradually, designing became ever more necessary and complex and took up most of the company’s resources. But with the new commercial policies, our suppliers became competitors. We therefore decided to change approach and offer our design service rather than the product, proposing as well, in the most complex projects, to integrate the service with the final supply, since for the end customer it is easier to have only one interlocutor that guarantees the complete management, from concept to realization.

Art, ancient and contemporary, has always needed good lighting to be read correctly. I think of the Galleria Nazionale and the Gagosian Gallery, both in Rome, two very different and complex interventions. Would you like to tell us more about them and describe the solutions you adopted?
Both works have an important personal meaning for me: the Galleria Nazionale, for example, was a project carried out by my father, Maurizio Baldieri, in the 1990s with metal halide fixtures, the first Master Color bulbs (at the time the only solution to reach adequate lighting levels from considerable heights). The lighting fixtures he used were equipped with lenses to modify the light beam according to the size of the works. I remember the long nights spent with him, aiming and adjusting the beams; he would position me in place of the sculptures, so he could more accurately adjust the lighting fixtures to spotlight them and check the result. When the current Director Cristiana Collu wanted to rethink the layout of the Galleria, involving me in the project, it took me some serious consideration for the responsibility of having to modify a project of my father! In the new layout, which has created an innovative exhibition path based on the dialogue between the various works on display, I have used new luminaires with LED technology, as versatile as the previous ones but more cutting-edge, obtaining the required result without overly changing the guidelines drawn by my father. The Gagosian Gallery project was very interesting, both because it is one of the most important contemporary art galleries and for its elliptical exhibition space, masterfully designed by the architect Firouz Galdo. The biggest challenge was to convince the client not to adopt the lighting system currently used in other galleries in London and Paris, namely bare fluorescent tubes on the ceiling. The latter sometimes work well and make the spaces almost evanescent, but due to the height of the Rome gallery, and its particular shape, it would have constrained the layouts too much. We therefore thought of a more versatile system of tracks where the luminaires could be installed and replaced, to create every time a different lighting set in relation to the art exhibition. Currently, the previous work carried out 12 years ago with halogen lamps is being redesigned with LED luminaires.

In Bologna, you have illuminated offices, a museum, a nursery school, and an auditorium. Each of these “objects or architectural spaces” has its own light, and the end result is that you can enjoy welcoming, pleasant, and emotional environments. What is the common design thread that runs through them all?
The MAST project with Studio Labics of Rome was very challenging, because of the variety of spaces, each with different characteristics and uses throughout the day, with strong natural light integrations. The common thread that connects them is the one that links all our projects: the absolute perception of architectural spaces, the desire not to be absolute protagonists with the light, and the attention to emphasize the designer’s choices both in the design of the spaces and in the choice of finishes. All this, obviously, maintaining the quantity and, above all, quality of light that the proper use the spaces in their functions require.

Technological innovation in these years has been strong, and the advent of LED is clear proof. And so are the expectations around the importance of light as well-being, environment, and emotion. What has changed in the design process, especially in your profession?
The advent of LED lighting has radically changed the way of designing. In the beginning, we were all very sceptical, the sources were not satisfactory and we tended to “transpose” our experience with traditional sources by applying it directly to the LED sources. Even the industry struggled at the beginning, nobody was used to thinking out of the box. Today, the situation has changed radically. In terms of quality, LED sources are now comparable to halogen lamps, but parameters have been added that were not considered before, such as colour temperature and colour rendering, the latter being extremely important but often underestimated, as it is considered for its average value (CRI index) instead of its spectral composition in detail.

You have worked in New York as a lighting designer for three years, before returning to Italy. What, in your opinion, are the major differences that distinguish the same profession in these two countries?
I had the opportunity to learn about Architect firms and Lighting Design studios that are not even comparable in size to Italian studios. The profession of the lighting designer is not only recognized but even required. In every design project, there is the awareness by all the stakeholders of the need to rely on a consultant who plans the lighting inside and outside the spaces. Besides respecting the professionalism, there is a real project responsibility, and for this reason the fees are adequate for the work carried out. In Italy, even if in recent years there has been an acceleration of demands – especially in the retail sector, where the need to adapt to new technologies has made it necessary to use a lighting consultant –, we are still far from those standards. Today, many lighting companies offer this service free of charge to the end customer, with the strong limitation, however, to use exclusively their equipment and therefore without the expressive freedom of an independent designer. And the results are not always excellent.

In an interview a few years ago (LUCE 321|2017, Ed.), Daniel Stromborg (Gensler) told us: “I am a firm believer that lighting will make or break a project”. What do you think?
I totally agree. I would start from the fact that we see only all that is struck by light, so we cannot appreciate a beautiful architectural project in the dark. Of course, things are far more complex: since light and shadow help us to perceive the spaces, the wise use of the luminaires and their placement creates a setting that can enhance the architectural choices. An incorrect use can completely change the perception of space.

What advice would you give to a young student who is thinking of the lighting design profession?
Expatriate!? No, seriously. I would say that it is a fantastic job, it lets you expand across all sectors, to come in contact and see for yourself the result of your work. My advice is to study a lot, but not only that: to do tests, also by turning on lamps, and to experiment. Lighting checks and renderings are necessary because they show values and views, but often the old strenuous lighting tests give the certainty of choice or awareness of the error.

This article was originally published on LUCE n°330, 2019 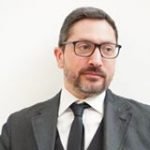 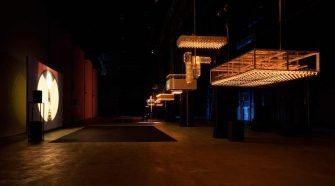