Since the market request for lighting design is growing remarkably, it is the task of those who carry out this specific profession to raise general awareness about the theme

Mr. Bellman, you say that you are “moved by the will to draw light”, and in this way you inspire an approach to the project that is romantically visionary and premonitory. However, observing carefully, one also feels a strong humanist and earthly sense, made of precision and ambition to control…
As an architect, I am convinced that light is the most difficult thing to draw, and therefore also to think of and especially, to foresee. I am a Virgo, I have an obsession for control, and drawing, for an architect, is the main instrument for research and synthesis. It is an anchor and also a pair of wings to fly with. Moreover, we currently really have many instruments, and we, at C14, really like to unite traditional techniques – hand drawn sketches and drawings – with advanced virtual systems for visual experimentation and increasingly complex calculation models. However, it seems rather reductive to state that we translate our visions or our inspiration into technique. I would rather say that ours is an artistic vision whose roots dig into technique, but that at the same time constantly battles and fights with it. And it is from these dialectics, from this unsurmountable otherness of an element compared to another, that our best designs were created.

Which stories and impressions connected with your lighting design do you like to reveal and share?
The final test, when everything is lit up and calibrated together, is the greatest emotion. Nothing is comparable to the “surprise” brought by reality, the first time a project as a whole is lit, the so-called fine-tuning that is carried out on site. A site where, often, one must improvise and also make changes that are quite substantial. Personally, I love the feeling of unpredictability that moment gives me: those are the final steps, at the end of a long work effort, but everything still can change. I must be ready, and this awareness for me is a great stimulus for creativity.

Then there are numerous anecdotes, some are even curious. For example, in those moments I like to interview people, especially if they are not aware they are talking to the designer. Once I pretended I was a guard at an exhibition I had just designed, and I collected, together with the signatures on the attendance list, some very different comments, from “marvellous!” to “you cannot see a thing, who did the lights?” I also found it quite amusing that, many years ago, at the inauguration of our first entirely LED project, I received a number of compliments for having resisted and having continued to use halogen lights.

Moving away from the individual, we need to remember the C14 “group”. For many designers, being a segment of a team is the key to success…
Undoubtedly. We are a group that works together, we help one another and we come from the most diverse places in Italy and around the world. The fundamental characteristic of C14 is that everyone has the possibility and the duty to participate actively in the creative phase of a project, regardless their specific competences and experience. This way of proceeding undoubtedly complicates management and coordination of the work, but it allows creativity to flow free from any prejudice or rules. I must thank all those who work with me, in primis my partners Matteo Nobili and Alessandra Lemarangi, for the emotional and professional overload that they bear.

Based on twenty years’ activity, I would like to ask you how you think lighting design is considered today.
Firstly, I would like to say that the continuous technological development and miniaturization of light sources, together with the evolution of the control systems on a large and small scale, have opened infinite possibilities for designers, with regard to designing light fixtures as well as designing light effects. Even important themes that are decidedly topical, such as energy saving, can be dealt with a completely different view and with the awareness that we are living at a time of great transformation. And since the market request for lighting design is growing remarkably, I believe it is the task of those who carry out this specific profession, which is quite a recent one, to raise general awareness about the theme. This is surely a difficult path, since the clients and the public have a general idea (which in some way is very true, yet at the same time false) to identify light – in architectural disciplines – as being an extremely mild and easily reversible intervention and, as a consequence, an accessory one. Nevertheless, from the point of view of perception, we are all aware that the change that takes place between illuminated and not illuminated, between before and after, is enormous and sudden. Furthermore, the end user often needs advanced control protocols, and not only on/off switches. Therefore, we are not designing a predetermined physical state, but the rules that define a set of possibilities.

C14 deserves compliments also for the Journal that it has been editing for many years. Especially for the will to invest in something that requires the particular strength needed to confront each other with courage and culture.
It is true that the project of the Journal requires a large amount of energy, but, since it is conceived and produced internally, from the graphics to the texts, we partly recover it. Every member of the team participates in editing the magazine, even if it is only a small contribution of a column. From this point of view, I believe that the Journal can be considered not only an advertising tool but also an experience of personal and collective growth, through which it is possible to see one’s work from outside; more precisely, to look at oneself from outside, to assess one’s daily activities with irony, always keeping in mind the world outside the studio. Even the most prestigious and important work in the world is made, in the end, of daily moments: so, in my opinion, it is necessary to balance the components of everyday life and the sublime nature of certain creative moments, knowing that life needs both.

Daily activities and affection. A large amount of your work is based on the theme of the home, a complex system that you (rightly) describe as being “a refuge and a stage”.
A home reflects the person who lives in it, but it is a distorting mirror. For this reason, its design, in my opinion, is a humanly demanding challenge for an architect. The objective aspect often goes missing and is replaced by a mix of visionary ideas, small realities, and a deep rooted desire to appear, behind which there is a chirping desire to hide. Interpreting is difficult, it requires a good amount of training; however, it is even more difficult to manage intimacy with a stranger, a client who – willing or not – our eyes see much more naked than they imagine. I have written it, and I would write it again: there is no place that is more difficult to design than a home. Then, surely, it is fun.

How do you imagine the future of C14?
The common denominator of our projects is method and not style, which is a term that is more suited to the fashion world. C14 will continue to search the balance between artistic interpretation and scientific approach, pursuing a project ideal that is a true synthesis of two opposite, and yet necessary, poles. I often remember the humanist vocation of our profession, the fact that architecture is founded on man. The one who dreams big, who then bends over to work with a paper and pencil, and the last, who finally by observing and using, is able to be amazed as he dreams the dream of another. Homo sum, humani nihil a me alienum puto: a good architect must interpret the soul of men as individuals and as a community. Our aim is to improve constantly, with the courage to never back out.

This article was originally published on LUCE n°326, 2018 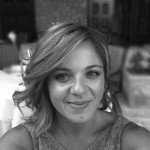 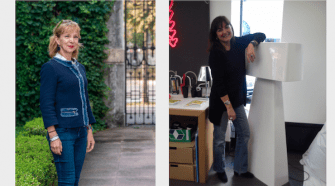